Register a IBC/Trust/Foundation/LLC Online Contact us about Citizenship by Investment.

Ambassador Terence Craig is a licensed attorney and a regulatory compliance specialist with decades of experience in trust and estate planning, asset protection, and corporate finance. He is also the former Ambassador to the Country Offices of Grenada and St. Kitts and Nevis for the Organization of American States (OAS), the world’s oldest regional organization, headquartered in Washington D.C. Ambassador Craig is the former Head of the Americas Division and Member of the Cabinet of the Minister for Foreign Affairs of the Republic of Suriname responsible for planning and execution of foreign policies in the Western Hemisphere. While serving as the CARICOM Coordinator in the late 1990s, Ambassador Craig represented the Government of Suriname in the implementation of the CARICOM SINGLE MARKET and ECONOMY (CSM&E). As an attorney, Ambassador Craig holds an LLB and LLM from Anton de Kom University of Suriname. He also has a postgraduate degree in International, Oil Gas and Energy Law from the London Metropolitan University. He is an alumnus of the Institute for Social Studies, The Hague, Netherlands. Also an energy expert, Ambassador Craig speaks 5 languages: Dutch, English, Spanish, Portuguese, and German.  As a regulated professional, Ambassador Craig's leadership position at AAA Global Incorporation and Trust Ltd is duly approved by the Nevis Financial Services Regulatory Commission (NFSRC). 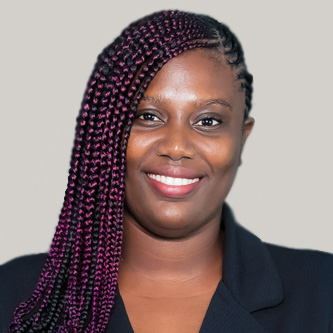 Mrs. Diana Claxton-Whittaker is a seasoned trust and compliance attorney-at-law with broad expertise in the fields of corporate services, trust, and AML/CFT regulations. Throughout her career, Mrs. Claxton-Whittaker has successfully and efficiently performed the joint roles of Legal Advisor and Chief Compliance Officer at a leading global trust services company. She is also one of the foremost experts on the various Citizenship by Investment (CBI) programs offered throughout the world, in particular the world-renowned St. Kitts and Nevis Citizenship by Investment Program. As an expert on migration and trust planning, Mrs. Claxton-Whittaker has traveled to many countries as a featured guest speaker at international conferences. She obtained her Bachelor of Laws degree with Honours from the University of the West Indies and subsequently acquired her Legal Education Certificate from the Norman Manley Law School. She is also a Certified Anti-Money Laundering Specialist.